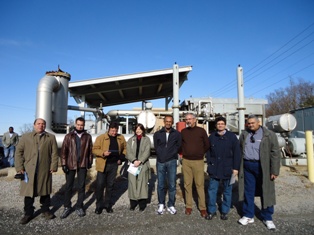 Brazil is estimated to have some of the highest levels of anthropogenic methane emissions in the world, with sources ranging from livestock to waste management to oil and gas development. With the support of the U.S. Environmental Protection Agency, NARUC engaged with the Brazilian Association of Regulatory Agencies (ABAR) to explore optimizing the use of landfill gas for energy and other direct use applications.

NARUC and ABAR held technical workshops and other interactions to promote best practices on encouraging landfill gas recover and use as part of Brazil’s broader effort to reform and modernize the energy sector. In 2012, NARUC issued a report titled “Landfill Gas To Energy Uses and Regulation in Brazil” exploring legal and regulatory considerations of using landfill gas for both U.S. and Brazilian regulators and sharing lessons learned and recommendations on promoting the use of landfill gas for energy.

This website was developed under Assistant Agreement No. XA834446 01 0 awarded by the U.S. Environmental Protection Agency. It has not been formally reviewed by EPA. The views expressed are solely those of NARUC and EPA does not endorse any products or commercial services mentioned.

Report on Regulating the Used of Landfill Gas
June 2012