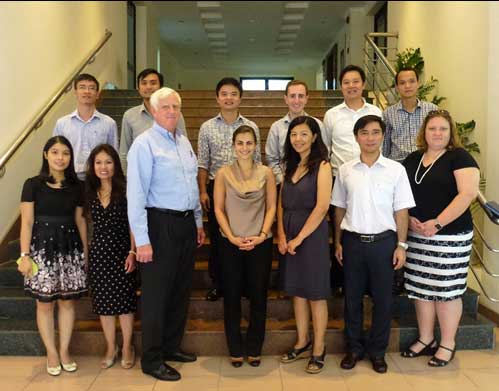 In 2004, Vietnam enacted its electricity law, which created the Electricity Regulatory Authority of Vietnam (ERAV) and set the country’s power sector on a long-term reform trajectory. Vietnam is currently implementing a pilot wholesale electricity market, with goals to move to a competitive retail market starting in 2021. Vietnam’s reform efforts aim to achieve a number of goals, including attracting private investment, enhancing market efficiency and ensuring fairness and transparency in the power system. Within that context, Vietnam aims to increase utility-scale alternative energy development and ensure system stability from enhanced alternative energy integration.

With support from the Power Sector Program of the Bureau of Energy Resources (ENR) of the U.S. Department of State, NARUC’s work in Vietnam aims to assist ERAV in addressing these and other emerging challenges related to its ongoing power market reforms. This partnership is designed to enhance ERAV’s ability to oversee power market reforms, enhance competitiveness and strengthen technical capabilities to regulate electricity.

Regulatory Policy
In 2016, ERAV advanced NARUC recommendations to enhance its regulatory independence by establishing itself as a subsidiary under the National Assembly, rather than under the Ministry of Industry and Trade (MOIT). ERAV at the time also proposed to gain the ability to independently levy regulatory fees to fund its work.

Cross-Border Trade
In response to technical issues hindering cross-border trade between Vietnam and Cambodia, ERAV informed NARUC in 2016 that closer coordination on voltage issues has been achieved at the ministerial level and the situation on the Vietnam-Cambodia interconnection had improved.

Southeast Asian Regulators Work to Advance Energy Security
With the support of the U.S. Department of State, NARUC supported regulators in Southeast Asia by offering a platform to collaborate to advance regional market development.