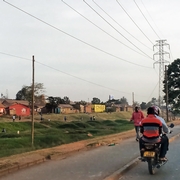 The Uganda Electricity Regulatory Authority (ERA) is charged with improving regulatory accounting practices through a Uniform System of Accounts, a tool that enables regulators and stakeholders alike to understand the true cost of power.

Once implemented, the tool will provide a fundamental building block to help increase the country’s generation fleet and connect the country with its neighbors to boost regional power trade.

With the support of the United States Agency for International Development (USAID) and Power Africa, ERA officials recently engaged with their counterparts in South Africa to learn firsthand about practical challenges and potential successes in USoA implementation.

The effort is part of work within Power Africa to build an enabling environment for investment through improved policy and regulatory frameworks. Regulators from Uganda joined colleagues from across East Africa in finalizing a regionally harmonized USoA and data collection tool in Fall 2016, setting the stage for further progress in 2017.

Recognized as a regulatory leader in Sub-Saharan Africa, NERSA recently implemented a USoA and shared important considerations with their Ugandan counterparts on how long the process could take and the importance of stakeholder outreach.

About Job Shadows
During Job Shadows, participants from USAID-assisted regulators travel to U.S. or international regulatory agencies to observe, train and work on a narrow set of regulatory issues. Working with USAID, NARUC designs Job Shadow activities to promote capacity building through experiential learning. Participants follow a daily training schedule and produce reports on key issues, observations, questions, case studies, problem-solving applications and resources presented to them by the host.

In South Africa, the implementation of the USoA took approximately eight years, which NERSA officials said could have been reduced with a stronger stakeholder engagement process. For example, once NERSA issued the rule to require utilities to use the USoA, the country’s Accounting Standards Board intervened to indicate that no entity had the authority to issue such an accounting process but itself. This sent NERSA back to the drawing board, and required that the agency rework the document – retitled as a Regulatory Reporting Manual – to respond to the issues raised by the Board.

The Need For Robust Stakeholder Outreach
NERSA officials also stressed that while the number of stakeholders engaged is key, the quality of that engagement is just as important, if not more so. Regulators should make an effort to schedule meetings with regulated entities on a regular basis, NERSA officials said, to answer questions and discuss the USoA to obtain buy-in.

The Job Shadow – along with a subsequent NARUC-led peer review activity on the USoA in July in Kampala – provided invaluable intelligence to ERA. Without the Job Shadow, ERA risked making several avoidable missteps that would prolong the USoA implementation process. NERSA’s institutional knowledge on USoA was directly relevant to ERA staff, and the job shadow fostered stronger connections between regional regulators, which will be useful in improving integration.

We need to realize the capacity of the companies that we license. Not all of them have the same capacity to submit the information. However, if we are to have a modified template, this template should have the basics that are a must for a utility to operate on. It may not be that robust, but it will be the same for large and small utilities. We must be mindful of the challenges of staff turnover. It will defeat the purpose to ask for continual submission when you know that turnover causes challenges.

Putting the Lessons To Work
ERA highlighted how it was implementing NERSA’s insights and best practices at a NARUC-led activity with regulators from across East Africa in August in Kigali, Rwanda. Michael Kananura Taremwa, Manager for Financial Services at ERA, shared with other regulators the importance of having a “realistic implementation plan” in light of NERSA’s timeline while also sharing how ERA planned to ramp up its stakeholder outreach.

Prior to the Job Shadow at NERSA, ERA had plans to carry out a minimal notice and comment period to obtain input from the licensees, However, ERA now understands that a much more involved process will be necessary, Taremwa said.

These and other recommendations will help ensure that Uganda’s USoA – and the regionally aligned USoA recently finalized by NARUC and regional regulators – will have the most positive impact possible on the country’s power sector. Together with stakeholders in Uganda and across the region, NARUC remains committed to strengthening the enabling environment for investment through stronger regulatory accounting and other targeted improvements.