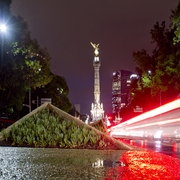 August 2016 – As they work to implement their country’s landmark energy reform, officials with the Mexico Energy Regulatory Commission (CRE) are pressed for time. The reform sets ambitious schedules for implementing reforms to markets, the grid, and other aspects of the energy system. As such, CRE staff are moving quickly to ensure that the work is done right and on time.

With the support of the United States Agency for International Development (USAID), NARUC is helping CRE meet this challenge. NARUC is supporting CRE’s efforts to draft and finalize regulations by providing rapid support through remote peer reviews and other innovative tools.

The rapid response support complements NARUC’s partnership with CRE overall. NARUC provides expertise and training to CRE staff as they’ve tackled issues such as regulatory accounting in the power sector.

Benefits of Partnership
Susana Ivana Cazorla, Head of the Economic Analysis Unit, said recently that CRE’s USAID-supported partnership with NARUC has been critical not only in providing good ideas but also in identifying pitfalls to avoid on the path to reform.

“We still have a lot of things to do, and the United States has been a great guide for us,” she said.

About Mexico's Energy Reform
Mexico’s energy reform is as sweeping as it is forward thinking – the plan intends to stimulate economic growth and rejuvenate the energy sector by integrating significantly more clean energy. The reform also invites the private sector to play a new, more important role in providing power to Mexicans.

The Mexican government empowered CRE and other government agencies to produce the rules, standards and regulations for how the aims of the reform will be achieved. That work is ongoing.

The remote peer review was designed to give CRE direct and immediate input, utilizing NARUC expertise in evaluating key regulations before the start of the wholesale electricity market in January 2016.

During the peer review, NARUC experts offered recommended improvements to CRE on the draft regulations. Broadly, NARUC experts encouraged CRE to look at the regulations from both the consumer and utility perspective while also maintaining a commitment to creating competition.

Recommendations Improve Final Regulations
Many of NARUC’s recommendations were incorporated into the published regulations. For the regulation on transmission and distributions services, NARUC recommended that the rulemaking process be collaborative and not favor certain suppliers or distributors.

“We still have a lot of things to do, and the United States has been a great guide for us.”
— Susana Ivana Cazorla, Head of CRE’s Economic Analysis Unit

CRE acted on this recommendation by organizing several collaborative stakeholder meetings with CFE (transmission and distribution utility) and CENACE (independent system operator) in order to take into account all the different points of view in the rulemaking process. Based on NARUC recommendations, CRE also expanded the transmission and distribution regulation to more accurately evaluate the quality of service for the end user.

A NARUC recommendation on public reports resulted in CRE providing more flexibility to when and in what form companies provide annual reports to CRE. Now, annual reports will only be a summary of previous quarterly reports, thereby creating more time for transmission and distribution companies to complete the reporting without any detrimental impact on the consumer.

Improving Retail Electricity Supply
For the regulation on retail electricity supply, NARUC experts provided recommendations on a number of issues, including safety deposits and switching suppliers. Based on NARUC recommendations, CRE clarified that it should validate the amount of the deposit and that the deposits referred to financial – rather than physical – security. On switching suppliers, NARUC experts advised CRE to define clearly which parties would be paid by in-debt customers and how to more smoothly transition customers from one supplier to the next.

CRE’s work on drafting rules and regulations for the power system is ongoing. In collaboration with USAID, NARUC remains committed to working with CRE to achieve the goals of Mexico’s energy.