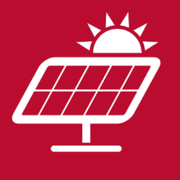 October 2017 – The Sri Lanka electricity regulator has approved a generation expansion plan that marks a dramatic move toward renewable energy development over the next twenty years. The decision followed assistance by the U.S. Department of State in recent months targeting how the regulator could bolster its review processes and work more closely with the utility on this key plan.

The Public Utilities Commission of Sri Lanka (PUCSL) on July 20 approved the Least Cost Long Term Generation Expansion Plan, which was drafted by Ceylon Electricity Board (CEB), the country’s main utility. The plan, which covers years 2018-2037, outlines the country’s planning for the least-cost, most-efficient way to maintain a reliable energy supply and promote grid development.

Through the support of the U.S. Department of State’s Power Sector Program in the Bureau of Energy Resources, PUCSL received expert feedback and assistance from the National Association of Regulatory Utility Commissioners (NARUC) as it reviewed the plan. From the project’s launch in November 2016, NARUC experts have provided feedback to PUCSL on the plan while also encouraging the regulator to seek additional information from the utility and open the process up to stakeholders.

Shift Toward Renewables
In a press release, PUCSL announced that the approved plan would see 1,389 MW of solar power, 1,205 MW of wind and 457 MW of hydropower added to the grid over the next 20 years, along with 4,800 MW of natural gas, 85 MW of biomass and other sources. In line with NARUC recommendations, PUCSL had recommended to CEB to include more renewables in its proposed plan.

Through the assistance of the U.S. Department of State, NARUC assisted the Sri Lankan regulator as it made a key decision on a twenty-year generation plan for the country’s main utility. Much of the collaboration between NARUC experts and Sri Lankan regulators occurred during a 2016 workshop in Colombo.

The approved plan assumes five percent demand growth over the period in question, which is markedly lower than early drafts had forecasted. At NARUC’s peer review with PUCSL in November 2016, NARUC experts noted that early drafts included little utilization of energy efficiency or demand side management (DSM) measures to meet growing demand in combination with increasing generation. NARUC experts recommended that the plan should consider other ways to affect demand, such as through energy efficiency and DSM.

Updated Assumptions
PUCSL’s decision noted that CEB’s formal proposal forecasts an “unrealistic” increase in off-peak demand growth, and that assumptions about off-peak demand are “critical if the resulting plan is to add more base load plants like coal power plants to system.”

The approved plan also includes updated assumptions about fuel costs, the release said, and considers the externalities of various generation sources. To the latter, PUCSL said in the release that many stakeholders in offering comments on the originally drafted plan found that it did not reflect “the true economic costs of power generation.”

Among the suite of resources included in the long-term generation plan, PUCSL approved more than 2,500 MW of wind and solar electricity. This decision puts Sri Lanka firmly on the path to strong renewable development.

“Site specific studies are required to reliably determine the figure on externality cost for a particular technology,” PUCSL said in the release. “Lack of such data in Sri Lankan context is the main shortcoming. Yet it is not recommended to fully ignore such costs, just because accurate, specific data is not available.”

Improved Review Process
PUCSL’s actions on the generation expansion plan represent a major step forward in how the regulator reviews such plans. PUCSL has full jurisdiction in approving or rejecting the plan, but having only recently started fully reviewing the plans, the PUCSL is striving to strengthen its review process.

PUCSL noted in the release that it held a public consultation on the draft plan “where stakeholders were given an opportunity to raise concerns over the plan.” Based on NARUC expert recommendations, PUCSL in June also asked CEB to offer a range of alternative scenarios with a variety of generation portfolios and updated costs and externality figures to review a balance of several potential outcomes. PUCSL was then able to use this updated information to inform its review and final approval.

With support from the U.S. Department of State, NARUC looks forward to continuing its work with its Sri Lankan counterparts as the generation plan moves forward.