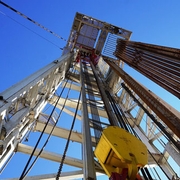 January 2016 – The Kinyerezi natural gas power plant complex in Tanzania is expected to move the country toward a cleaner and more reliable electricity system and create additional opportunities for industry. Tanzanian officials launched the first phase of the Kinyerezi plant in October, a move made possible by regulations that helped get domestic gas flowing.

Power Africa and the United States Agency for International Development (USAID) helped Tanzania adopt the regulatory framework necessary to support construction of a major pipeline bringing gas to the plant. With more pipelines and power plants on the horizon, greater regulatory capacity and smart, effective regulations for the gas system will help Tanzania move forward.

With USAID support, the National Association of Regulatory Utility Commissioners (NARUC) has been providing expert guidance to Tanzania’s Energy and Water Utilities Regulatory Authority (EWURA) since 2013. NARUC has helped EWURA improve its oversight of the gas and power sectors, including by reviewing draft legislation that would provide EWURA regulatory authority over midstream and downstream activities in the country’s burgeoning gas industry.

EWURA and a number of stakeholders helped to pave the way for the enactment of that legislation — the Petroleum Act — and the commissioning in October 2015 of the new 532 km (330 miles) pipeline carrying gas from Mtwara to Dar es Salaam. That pipeline is serving 70 MW of generation operating at the Kinyerezi I plant and sending gas to previously idle generation facilities in Dar Es Salaam.

With the support of USAID and Power Africa, NARUC is continuing to work with EWURA as the regulator examines setting standards for construction, operation and maintenance of pipeline facilities.

Planned expansions at Kinyerezi I aim to add capacity in the near term, and officials have ambitious plans to bring the capacity of the entire Kinyerezi complex to more than 1,000 MW by 2017.

The Petroleum Act, along with significant discoveries of natural gas reserves, are creating expectations of a massive expansion in the existing natural gas network in Tanzania. The Tanzanian Government is likely to extend the main gas pipeline to Morogoro and Tanga by December 2019, and the development of regulations for licensing for construction, operations and pricing will be critical in the years ahead.

The expert volunteers NARUC provides, EWURA officials have said, will help the regulator carry out of its official responsibilities under the Petroleum Act. With the law in place, EWURA will be setting up license terms, technical terms and conditions, drafting rules, setting draft operating standards, and advising the minister responsible for energy, EWURA officials have said.

Through these and other activities, NARUC and its partners at Power Africa and USAID are committed to creating a sustainable environment for investment and growth in Tanzania and across Sub-Saharan Africa.