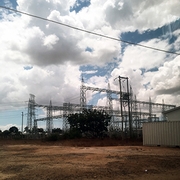 September 2016 – Thanks to the expertise and hard work of our members, NARUC is working around the world to improve the quality and effectiveness of energy regulation. With the support of the U.S. Agency for International Development and Power Africa, NARUC members recently supported efforts to help the country of Tanzania move toward a cleaner and more reliable electricity system through new rules for natural gas.

In late September and early August, NARUC members met with staff from Tanzania’s Energy and Water Utilities Regulatory Authority to review and offer feedback on EWURA’s draft Natural Gas Transportation Rule and Natural Gas Distribution Rule. The rules were drafted based on input from a five-day partnership exchange with NARUC in February.

These rules will help ensure the safe and reliable transmission and distribution of natural gas in Tanzania. They will be key to helping unlock the electricity potential of Tanzania’s vast supply of natural gas.

NARUC provided legal, economic and engineering expertise to EWURA staff during the recent activity, offering a broad range of perspectives and considerations on how to improve the rules. NARUC members also discussed a number of topics relevant to natural gas pipeline safety, including damage prevention, regulatory discretion and inspection planning.

During the activity, NARUC members also joined officials from EWURA and Tanzanian utilities to tour the Kinyerezi gas-fired plant, which is slated to see a significant increase in capacity in the near future.

EWURA staff will now further discuss the suggested changes by NARUC before submitting the draft rules to the EWURA Board for approval. In collaboration with its partners and thanks to the time and talents of its members, NARUC will continue to work with EWURA and sector stakeholders to realize the potential of gas-fired electricity in Tanzania.