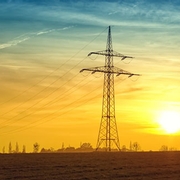 January 2016 – East African regulators are finding a “common vocabulary” to address some of the shared challenges they face in collecting accurate financial data from utilities, a move which could help spur transmission development and cross-border trade.

Under Power Africa, the National Association of Regulatory Utility Commissioners (NARUC) with the support of the United States Agency for International Development (USAID) is working with regulators across East Africa to help improve and harmonize their regulatory practices. During a recent exchange in Kigali, Rwanda, representatives of the region’s regulators discussed how to create a regulatory tool called a “Uniform System of Accounts.”

A Uniform System of Accounts helps to ensure that regulators collect clear and consistent data from utilities, providing the necessary information to conduct tariff reviews and allocate costs. The system is an initial step to allow utilities and regulators to get on the same page about the true cost of power. This is critical when stakeholders allocate costs to build a new transmission line or enter into a wheeling agreement, which enables power to be transferred across a country's transmission lines.

The exchange helped to reveal “the essence and relevance of harmonization with regard to financial reporting/recording, including not only an insight into some of the peculiar issues in the region that need harmonization but also the need to define and implement further collaboration with NARUC which we understand will be value adding to the harmonization effort.”
— EAPP Technical Expert Alemu Tenibo Lefimo

The countries are at different points in working toward such a system that is consistent with international best practices. Even so, representatives agreed that creating a common Uniform System of Accounts for the region would produce significant benefits. A regional system would enable clear cost comparisons from country to country, thus reducing obstacles to cross-border trade and providing a more attractive and stable environment for private investment.

EAPP Technical Expert Alemu Tenibo Lefimo said the exchange on accounting practices “has provided a common vocabulary and syntax for use by all players in the EAPP power market.” The common vocabulary will help not only utilities engaging in electricity negotiations but more so all stakeholders in the energy sector in East Africa as tariffs for providing wheeling and ancillary services are designed and implemented, he said.

Representatives are planning to explore the creation of a multi-nation working group to design a regional Uniform System of Accounts, which would be launched upon approval by their respective organizations. With the support of USAID and Power Africa, NARUC will continue to engage with regulators in the region to support an enabling environment for investment in East Africa.