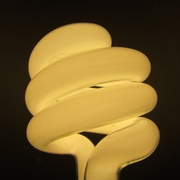 November 2015 – Electricity regulators in the Black Sea region have taken a major step forward to promote energy efficiency improvements in their countries by developing a foundational principles document outlining the potential of the practice.

The culmination of an 18-month process, the members of the Black Sea Regulatory Initiative (BSRI) in July finalized the “Principles of Regulation to Promote Energy Efficiency in the Black Sea Region.” BSRI representatives also finalized an action plan in July on how to select pilot projects and address regulatory challenges to bolstering efficiency practices.

The National Association of Regulatory Utility Commissioners (NARUC) implements the BSRI, a project framework for the Principles, under a cooperative agreement with the United States Agency for International Development (USAID). The initiative at the time included representatives from Armenia, Azerbaijan, Georgia, Moldova, Turkey, and Ukraine.

Energy efficiency can serve as a key tool as regulators respond to today’s most pressing challenges. Efficiency can help to reduce power losses in the transmission and distribution network, a major issue in the region. While energy efficiency has not always been front and center in the energy policies of various countries, the Principles highlight the impact efficiency practices can have on consumer prices and making the best use of infrastructure.

“EMRA has significantly benefited from the Black Sea Principles of Regulation to Promote Energy Efficiency in the Black Sea Region, energy efficiency regulatory models in Minnesota and Wisconsin, and related work of the US Midcontinent ISO.”
— Fatih Kolmek, Group Head, Board Service Directorate, Energy Market Regulatory Authority of Turkey (EMRA)

The Principles have already fostered promising initiatives in BSRI countries. At a March 2015 stakeholder meeting, some participating regulators credited the Principles drafting process as leading to discussions around a program to allow large industrial energy consumers to participate in its balancing and settlement market through demand response activities.

The action plan acknowledges the challenges national regulators will face in implementing the Principles, including a lack of a clear mandate in some cases, and discusses further training to identify links between policy goals and regulatory decision-making.